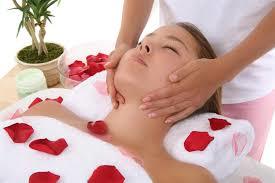 Whether going out with the gals or looking for something romantic to do with your partner, working and learning together is a fun way to create memories this Valentine’s Day. Together, you’ll be able to have fun in the kitchen, laugh at silly mistakes and then enjoy a nice meal. It’s a way to spark a new conversation and build more intimacy with your significant other.

We live in a busy world. Giving the gift of relaxation and self-care shows your love and appreciation for your partner. And what’s more loving than that?

It’s always fun to break a little sweat with your partner or friends. Go try a new fitness class your loved one has been talking about but has yet to try. It shows you’ve listened and are willing to experience new things together.

Snuggle up on the couch and binge-watch a new show together. If you have kids, see if you can have someone watch them so you can have a night alone with your spouse. This allows alone time, and time just to spend a nice evening of cuddling.

Pick out a game you and your friends or significant other loves, grab their favorite snacks, and have a friendly night of competition. You can create a loving bet, like loser cooks dinner. It’s a night to laugh together and build a bond. Plus, you don’t have to worry about crowds.

Regardless of which idea you decide to try this Valentine’s Day, make this year special and try something new. 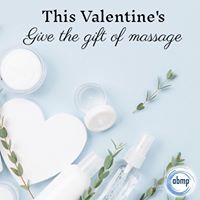 Do you have a pain in your butt…….? There could be different reasons for this. The “go-to” culprit people tend to suspect is Sciatica.  But is it?

Sciatica usually affects only one side of the lower body. Often, the pain extends from the lower back all the way through the back of the thigh and down through the leg. Depending on where the sciatic nerve is affected, the pain may also extend to the foot or toes.

However, maybe it is “Piriformis Syndrome”. In this syndrome, the piriformis muscle (for a variety of reasons) is so tight that it places pressure on the sciatic nerve, creating pain, tingling, or numbness in the buttocks and down the back of the leg. These are of course the same symptoms found in “sciatica”.  However, in the case of sciatica, these symptoms are actually coming from the spine. It is, therefore, helpful if one can differentiate between the two.The simple test to differentiate between sciatica coming from the spine, possibly disc compression, and the piriformis compressing the sciatic nerve, is this: Lie on your back. Lift the leg of the affected side. If the leg is able to lift higher than a foot off the ground there is a good chance that it is piriformis that is tight. If one lifts the leg and within six inches has shooting pain down the back of the leg, it’s more likely to be coming from the nerve being compressed closer to the spine. The accuracy of the test is good, but please don’t confuse this simple test with being a doctor and producing a diagnosis. Use the results as information and continue to proceed with caution if you want to try and differentiate between the two.

There’s another sneaky problem that can mirror a similar pain pattern. Trigger points in the gluteus minimus muscle can create a similar kind of pain pattern in the buttocks and down the leg. In this case, the pain is often described differently. The person will also have pain in the buttocks and down the back of the leg but it will generally be more like a dull achiness, or a weak feeling in the leg. Occasionally though it will be described as a shooting type of pain. Sitting for long periods of time also often aggravates trigger points in this muscle.

Massage can be highly effective in treating the pain of sciatica, piriformis syndrome, glute and lower back pain. WebMD describes a study of 400 people with low back pain who received either weekly massages, or permission to try whatever they liked. (Alternatives to massage therapy included medication, seeing a chiropractor, doctor or physical therapist, or taking no action at all.)

Ten weeks later, the massage recipients reported better functioning and less pain. In fact, more than a third of them said their pain was completely or nearly gone, while only 4% of those in the other group reported such improvement. Massage, concluded Dr. Daniel Cherkin of the Center for Health Studies in Seattle, “does help a significant chunk of people who have not benefited from other treatments.”

No matter what treatment you decide to try to help your condition, self-care at home/gym is very important as well.  While it may seem like exercise will only make the problem worse, in fact the Mayo Clinic recommends low-impact exercise, like water aerobics or stationeary bike riding, as a way of releasing endorphins which act as a natural painkiller, just as massage helps release endorphins as well.

If you are experiencing pain, make an appointment with KK’s Massage and let’s see if we can help you relieve some pain and start feeling better.  Remember, we have your back!